The Wöfersheim-Södel – Hungen railway line has been shut down, but is supposed to be reactivated for regional passenger transport.

In the past, declining demand on regional rail lines in passenger and freight transport has often led to the discontinuation of rail transport for economic reasons and, in some cases, to the dismantling of the infrastructure and the decommissioning of the lines. Since the railway reform, however, the reopening of such lines for regional passenger transport has been proposed and in many cases successfully implemented. In recent years, climate protection has increasingly become a public issue. Therefore, the persons with political responsibility see the reactivation of railway lines as an opportunity to reduce greenhouse gas emissions caused by transport and at the same time to strengthen rural and often structurally weak regions.

On the Wölfersheim-Södel – Hungen section of the Friedberg – Beienheim – Hungen railway line, operations were discontinued in 2003. This was preceded by a series of investigations and expert opinions between 1998 and 2003, which ultimately contributed to the decision to discontinue operations. Local trains continue to be offered only on the Beienheim – Wölfersheim section, however with service gaps of several hours. After the train service was discontinued, the existing infrastructure and the dedication as a railway line were retained.

Iterative development of a customised service and infrastructure concept that extends far beyond the actual planning area and achieves optimal transport effects.

With the proven sufficient benefit-cost indicator, the clients were able to take positive decisions and proceed with the next steps towards reactivation. 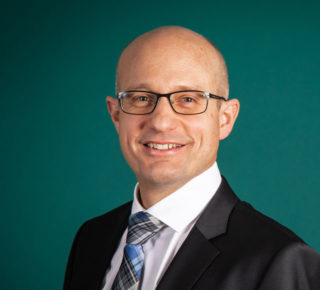 The chances of new hub connections are dependent on a complex competitive environment.

Mobility of the future in Ulm and the Alb-Donau district

What does the current climate discussion and the change in mobility mean for cities and districts?

For the first time, detailed information on traffic flows for the whole requested area is avalaible in a modern tool